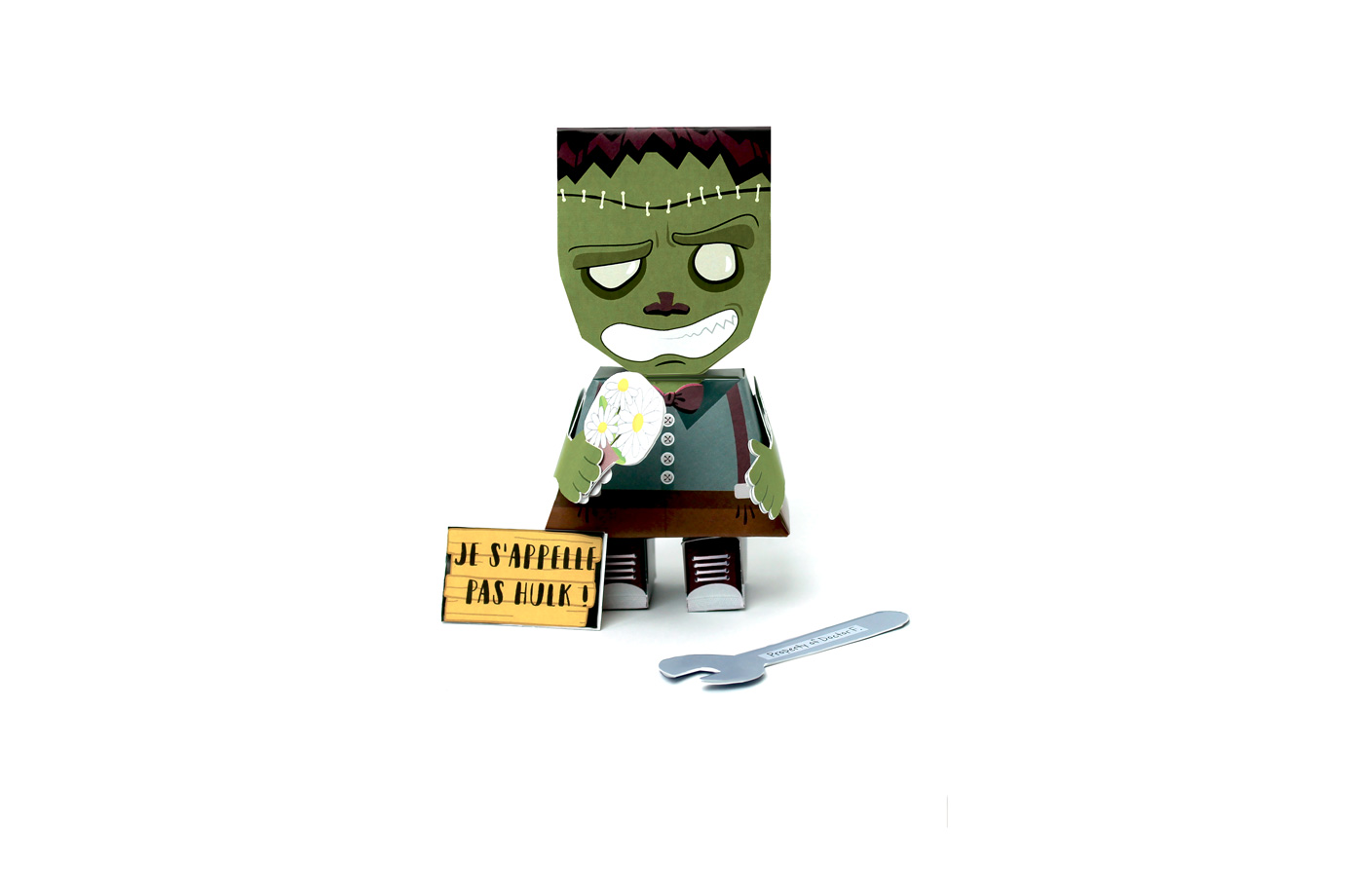 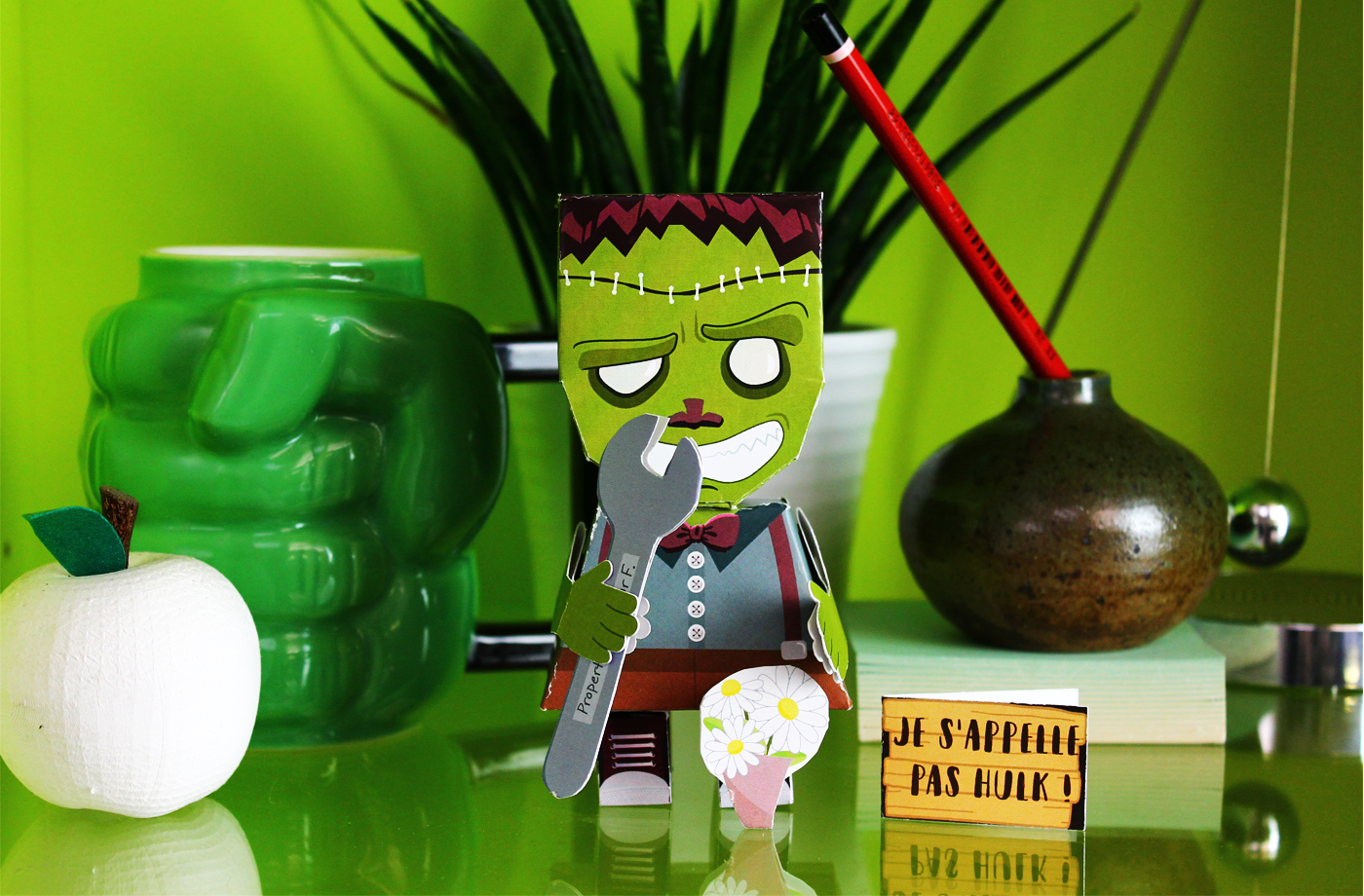 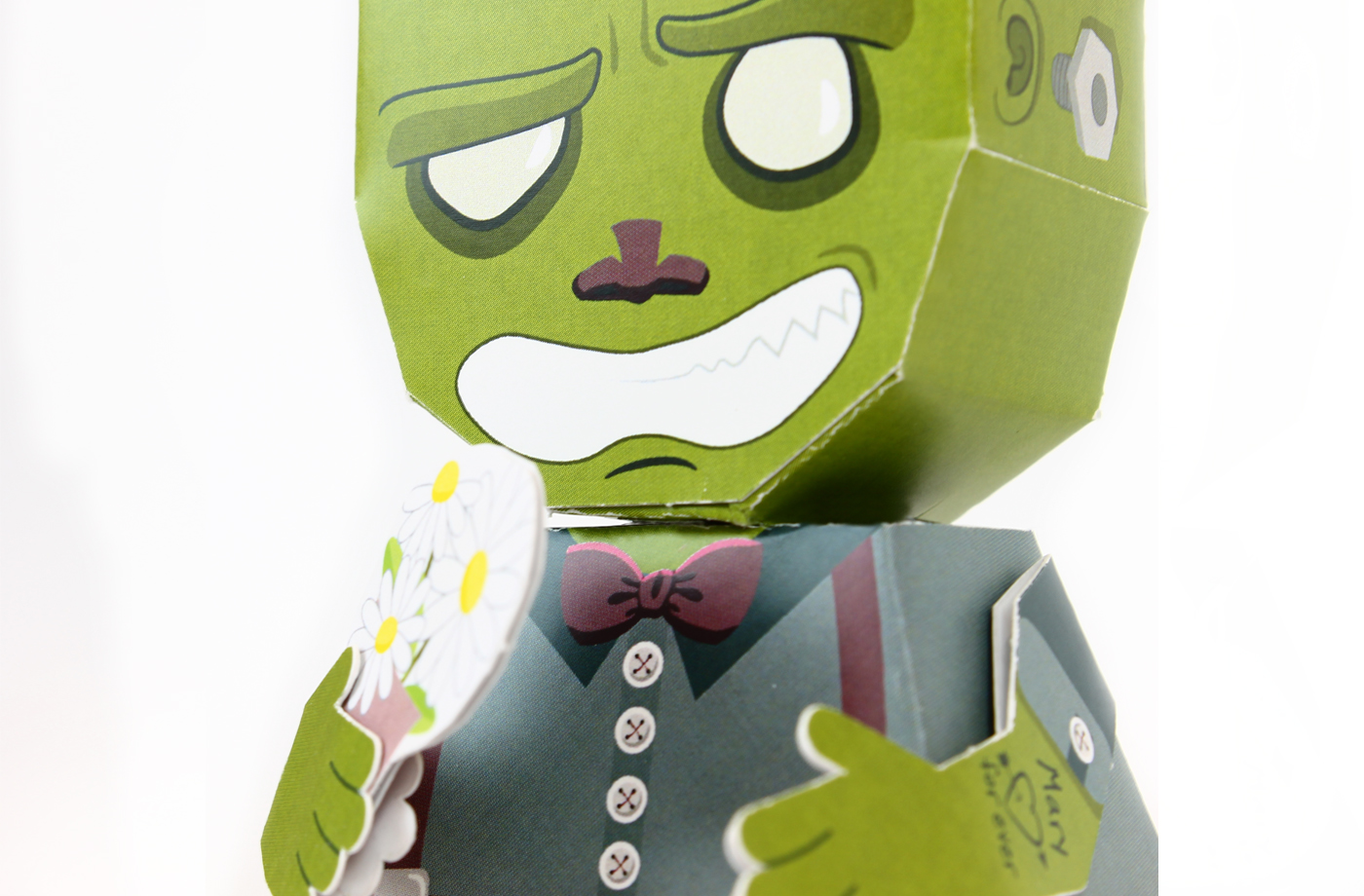 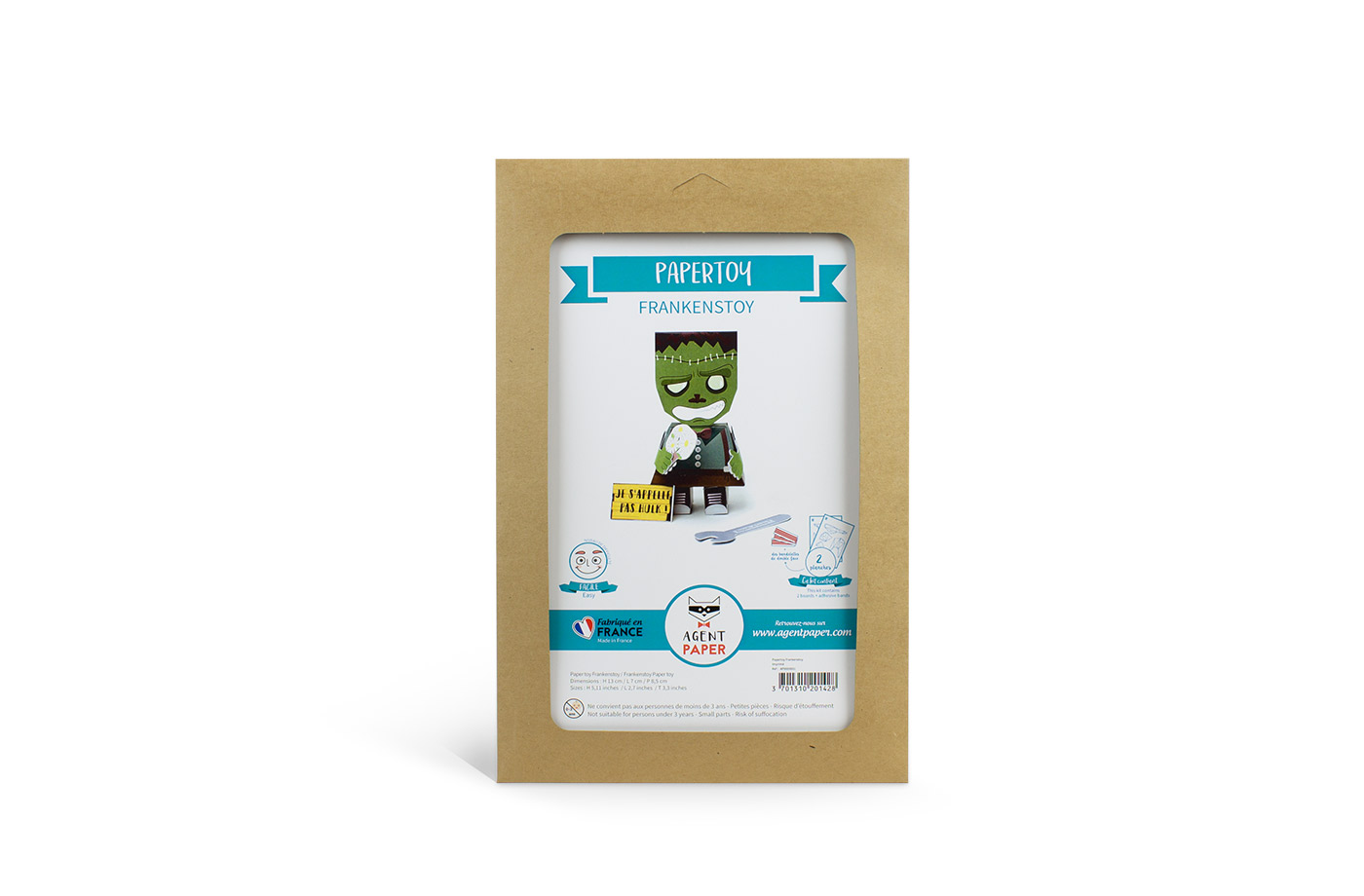 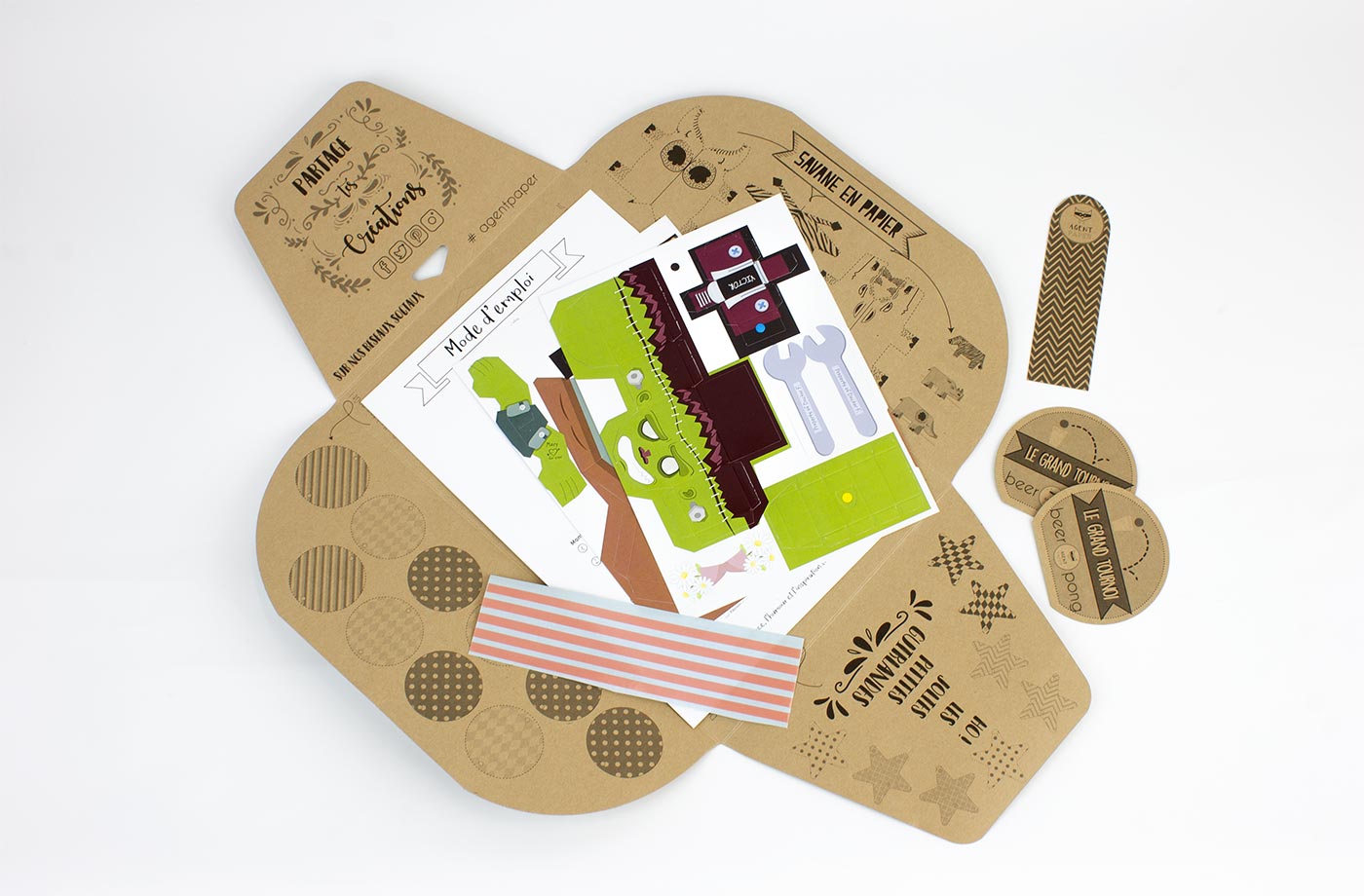 Do you know this paper toy’s amazing story? If you love all kinds of vague experiments, then you’re going to love this!

One fine day, all seemed normal when suddenly, one of the printer’s machines exploded. This little paper gentleman was thrown at least 2 meters away. We took him in and sewed up his brow.  He then explained in his own words that he had come to life following a strange electric shock during the printing process, hence his slightly unusual way of speaking. His favorite place to be is on the desk next to a computer, the electrical cables and waves remind him of the good old days.

Much later we realized that Frankenstoy was none other than the result of secret scientific experiments carried out by the person who became his loyal companion: Madame Einstoy.

P.S.: Whatever you do, never call him Hulk! You might make him really lose his temper, so much so that he may turn from green to red quicker than you can say “paper toy”…